I’m one of the founders of a community called techqueria, a community with a slack team and a monthly meetup. Originally, when I had the idea, I was … 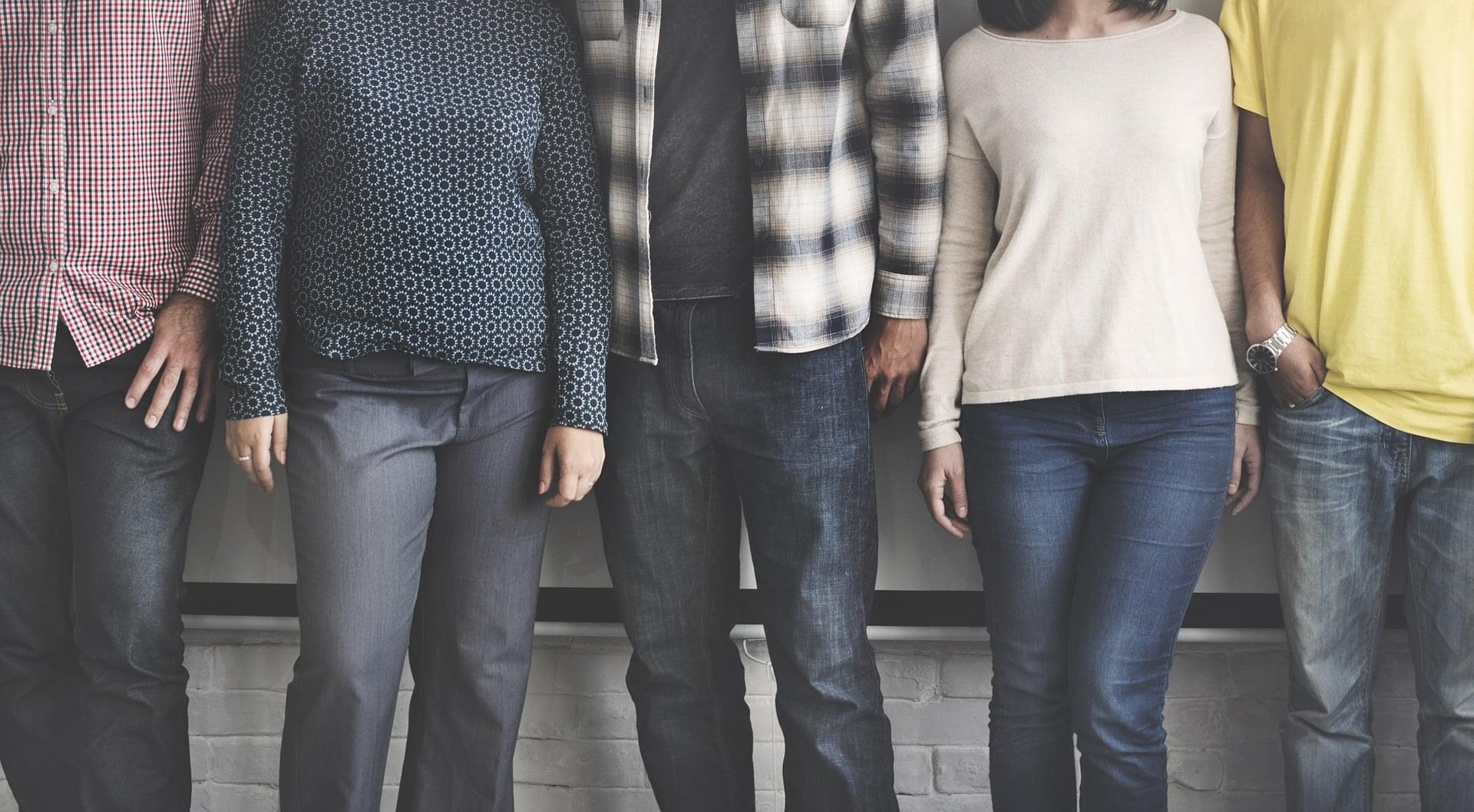 I’m one of the founders of a community called techqueria, a community with a slack team and a monthly meetup. Originally, when I had the idea, I was just looking for a group to meet other latinxs, make friends, and if possible help each other. Most of us, especially those new to the country, don’t have a lot of friends or a good network of support in the area, much less the tech industry. Over time, we have been more involved with different diversity initiatives and other groups that have a bigger focus on social justice and making tech more accessible. With my involvement in this area, I wanted to share some of my thoughts on diversity and inclusivity.

There are two main reasons for diversity initiatives, and they both lead to different results and tactics. Some people argue that having a diverse workforce leads to better products, while others believe is a matter of social justice, and that the tech industry is transforming society and everybody should be a part of that transformation. Both are right in my opinion, and worth pursuing. There is plenty of logical justifications, like a company that wants to break into the Latin American market will do much better with employees that are familiar with it, a company with women as their target market needs to talk to women and include them in their design process; and the opposite can lead to terrible product decisions, like when you see an ad on Facebook with shit Spanish. 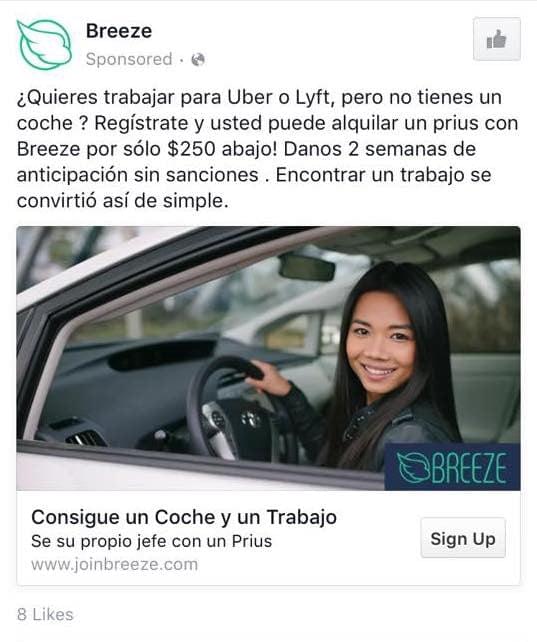 Google translate would have yielded a better result than this.

There are communities now for the differently abled, women, lesbians, people of color, low income, and almost anyone you can imagine. This is nothing new, by the way: there has been software for blind people, the deaf, and translated into many languages for years. However, the push for diversity in the workforce on the basis of diversity “numbers” is a newish thing. Many companies are partnering with the communities, putting money in them, hosting events, training their workforce and so on, yet we see very little progress, mostly each group for their own. A handful are even involved because of expectations of fame, but that’s not something worth talking too much about.

If we direct more efforts toward inclusion rather than diversity, I believe results will be seen faster. Failing to do this results in problems that could make the situation worse. In the contrary, if a company makes an effort to be more inclusive, more diverse people will apply, get jobs there, and things will get better.

Trying to explain myself will be easier with some examples. Let’s say company Y hires 50 women solely to inflate their numbers.The company hasn’t changed its policies about the way it deals with harassment, maternal leave, and doesn’t provide them a way to work from home when they need to look after their children. Therefore, some of these women will leave the company and tell their friends how bad it was, and this company will have a hard time hiring new women in the future and keeping their current ones. On the contrary, if company Y has policies enacted that make it easier for any woman, of different ages and stages of life to work there, the word will spread around and they will have more women applying for these positions. 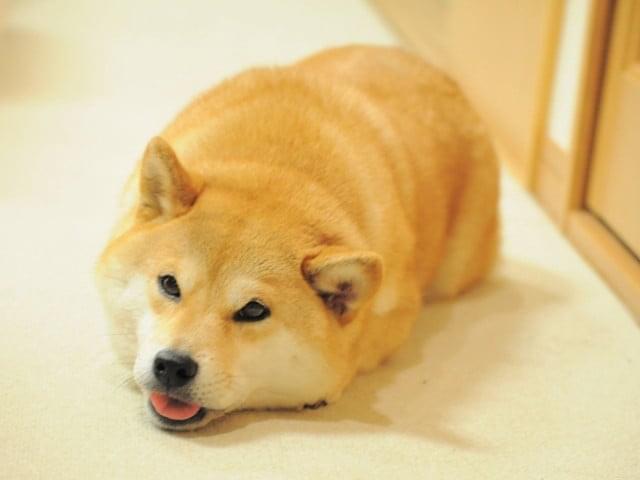 Another example company B hires a bunch of people of color out of a bootcamp, provides no training for them, and doesn’t create an environment where the new employees interact with the others and have some sense of belonging. The previous employees might quit and complain and believe that diversity means lowering talent quality, while the new employees might leave the company and spread the word that this workplace is not recommended. On the contrary, if a company is known for having good ERGs, providing training for jr. hires, and their employees volunteer at these learning institutions, word will spread around and their applicants will be much more diverse.

Company T hires a lot of qualified women and latinxs in their engineering and product positions, they do a great job, the company is growing, getting more customers, and everything looks great, except the company mostly promotes people based who is friends with whom and not necessarily based on their talent. There will be cliques of employees, such as all the women hang out and don’t talk to the others, the latinxs hang out together and don’t attend the happy hours, and there’s a feeling that they only got hired to fill some quota but they’re not fully appreciated. These employees will quit and will find other companies where they can grow their careers, and increase their income and impact. On the other hand, a company that is known for training and promoting employees from diverse backgrounds will have an easier time attracting diverse applicants.

Company W believes that diversity is hiring a lot of women, and doesn’t pay attention to creating an actually inclusive environment. This can quickly turn into an environment that only has women, and that’s obviously not very diverse either. If this company fails, it will give naysayers a reason to believe diversity hurts the bottom line.

Company P wants to have implicit bias training and hires a consultant that believes all men are evil and that there’s no way white people will ever feel empathy for their case. This creates a hostile environment and gives their employees an illusion that we’re all like that making the road steeper. Implicit biases are a real thing, lots of research has been done, and we need to work a lot harder to avoid them, but being biased doesn’t necessarily imply ill intent. Instead of promoting a hostile workplace, we must bring everyone into the fold and work together.

And to end, something that’s 100% my opinion, and maybe hasn’t been shared by anyone else: I would much rather be the only latino at a company where I’m appreciated, promoted, and listened to, than working in a company that’s 100% diverse but I don’t feel that I’m appreciated. And FYI I’m not like a sociologist or anything, just a Jewish person from Colombia, an art school dropout that went to seminary for a while, and now writes code for a living, so please do comment or contact me if you disagree and have better information than me.