Techqueria: Building a community for Latinos in tech industry


Techqueria, an organization for Latinos in tech, was founded in Berkeley back in November 2015 with the purpose of serving those who were studying or pursuing a career in tech. 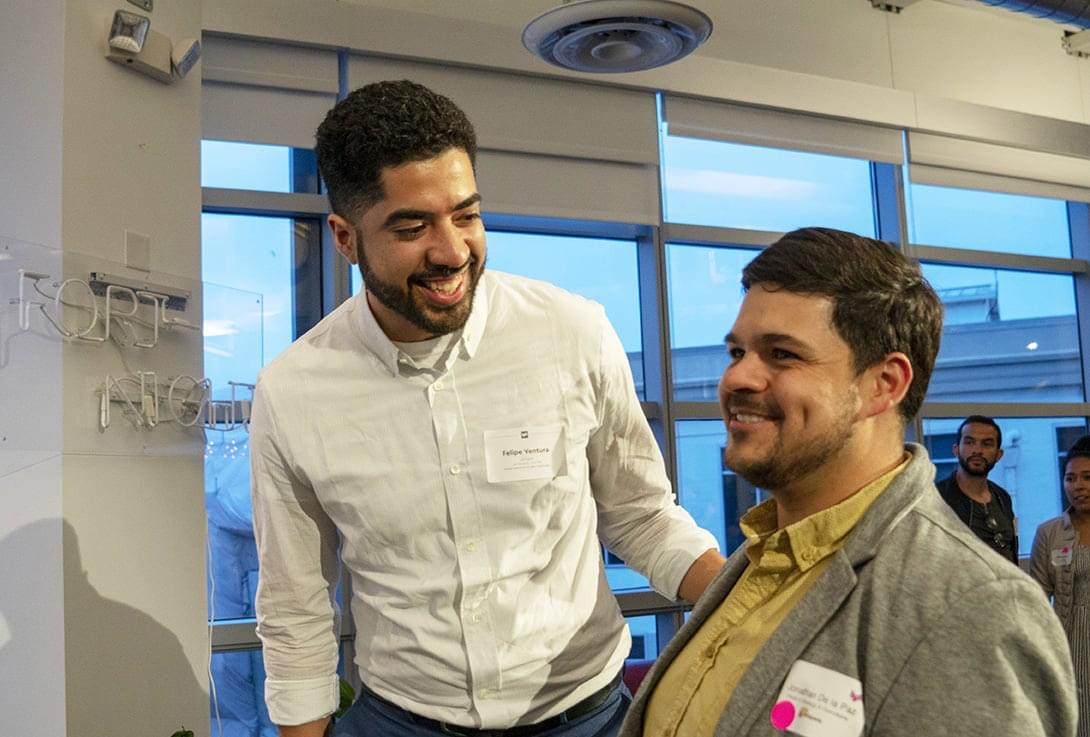 Techqueria, an organization for Latinos in tech, was founded in Berkeley back in November 2015 with the purpose of serving those who were studying or pursuing a career in tech.

Once called “Latinx in Tech,” they later changed their name to Techqueria, a striking and appropriate name, since one of the members decided that was the best way to identify as a group, not only because they met up to deal with labor issues, but they also shared food while creating and learning together.

Techqueria—which also functions as a space to do business without the need of a physical office— began as an informal group. Although there are Latinos working in tech in the Bay Area, they are underrepresented in the industry as a whole. The purpose of creating this space was to introduce each member to the tech working environment, to teach them how to influence in the labor sector, to know what they’re working on and learn what steps they want to take in the future.

On June 19 Techqueria hosted an event at the San Francisco Lyft headquarters, where various Techqueria administrators were present. One of them was engineer Felipe Ventura, 29, who was born and raised in New York and the son of a Colombian mother and Dominican father, who currently works at the finance tech company, Way2b1.

Ventura says that his purpose wasn’t only to advance his career. He felt the need to be in a place where he could share a common interest and the identity of being Latino. Ventura manifests the lack of representation and diversity in tech. That was one of the motives in creating this space, where community could come together and work to navigate the industry and to be able to create better work places.

“We feel a great responsibility with the work that we do and we always have in mind the Latino communities that we are from,” he said. “From the day I got here, I was looking for community where I would be able to share not only my identity but also my profession. Not only do we want more representation, but we also want to ensure that we all are creating a community that reflects the diversity of the Latino identities and that our labor helps our communities.”

The members of this group are from different parts of Latin America. In the Bay Area, the majority of the members are Mexican and Central American. There are five chapters that make up that community, and they are located in Los Angeles, Texas, Chicago, New York, and the San Francisco Bay Area.

It should be noted that this group of Latino engineers has taken baby steps since the beginning, with the participation and initiative of various administrators, to create events with the objective to integrate more people.

On Facebook, they have a group of more than a thousand people, but also maintain communication through other platforms, where they have more than three million people interacting about how to move the community forward.

Ventura also points out the contributions that they are making in the community of San Francisco. One of those contributions is the realization of workshops that help people prepare for job interviews. These are open to the entire community. 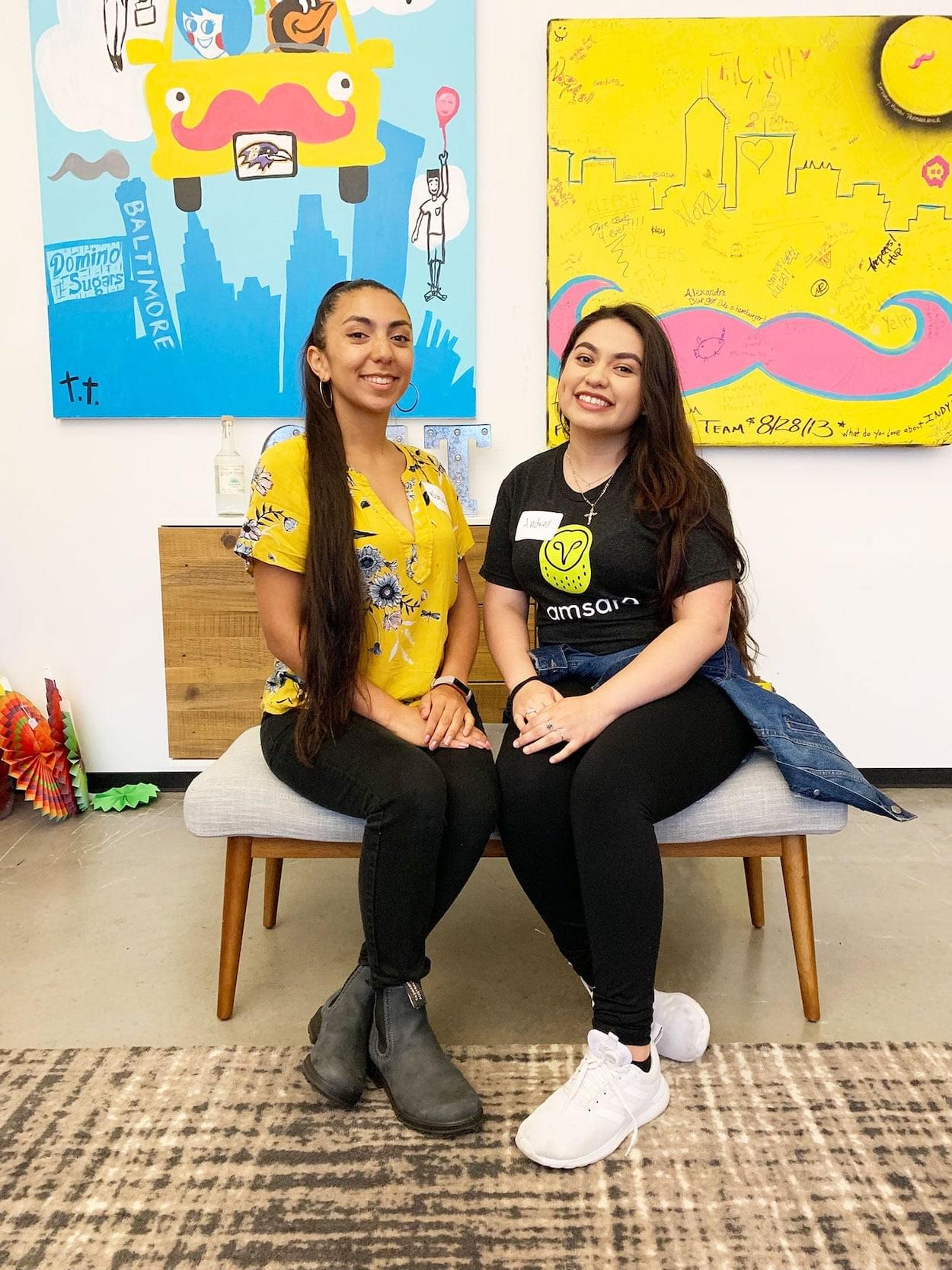 Other workshops focus on specific aspects of tech. These involve short panel discussions, where experts talk about issues in tech as well as their own experiences.

One community member is Natalie Contreras, 27, a developer in computer systems. Born in the Mission District to Mexican parents, she studied anthropology and Chicano and Latin American studies. She is also an artist and considers herself a very creative person, and therefore decided to connect this with programming.

Contreras says that Techqueria’s logo was something that caught her attention, as well as the opportunity to be present in the conversation of innovation in technology. Contreras says that she feels comfortable being a part of the organization where many are immigrants—like her parents and grandparents—who come to this country by themselves and wish to be a part of it. She is happy to see Latinos supporting each other and growing as professionals.

Natalie invited her sister Andrea Contreras, 20, to the event. Andrea hopes to find a job like her sister in the near future. Natalie and Andrea are proud of their family. Their grandparents, originally from Mexico, came to this country and picked in the fields. The sisters are very happy to be able to grow professionally, representing the Latino community.

One of the topics the sisters spoke about was the discrimination that exists towards women in tech. Though Natalie says she has not experienced discrimination, she knows other women who have. That is why Techqueria is important, because everyone is welcome wherever they come from.

Ventura says that the goal is to continue growing as a community and collaborating with other similar groups. This community is open to receiving volunteers, sponsors, and speakers for their events, as well as anyone who wishes to collaborate or contribute to the growth of the group.