This past June, Techqueria and Blend partnered for a Pride Month event entitled Pride Month: Intersecting Identities. The following is a reflection by Portland Chapter Director Abel Quintero 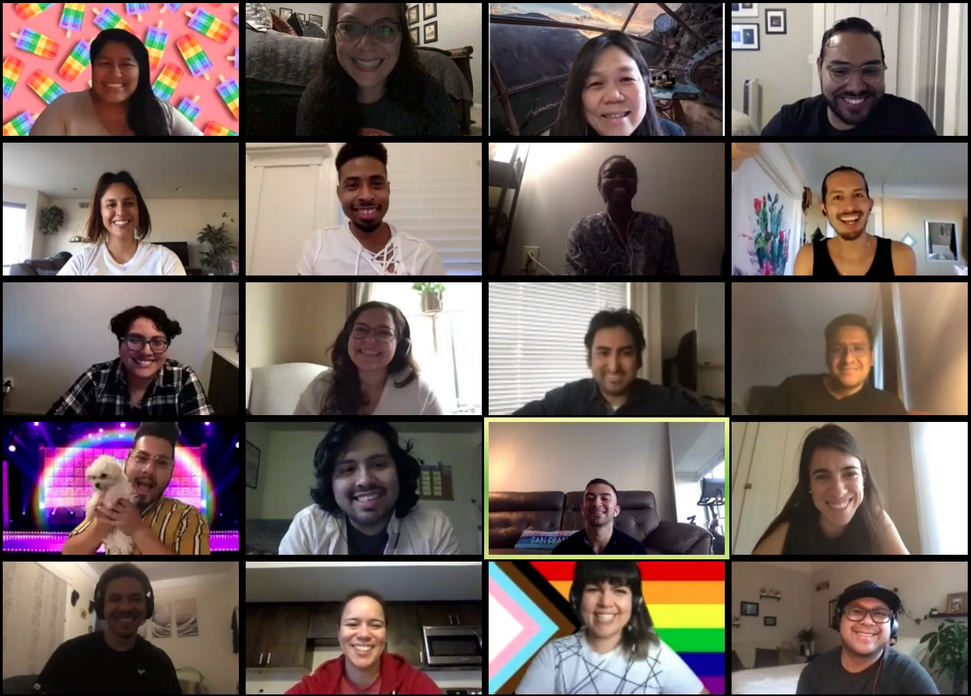 Every June, people around the world celebrate Pride Month, commemorating the decades-long fight for LGBTQ+ rights and equality. It all started on June 28, 1969, when police raided the Stonewall Inn, a popular gay club in New York City’s Greenwich Village. Patrons, led by Trans Women of Color activists Sylvia Rivera and Marsh P. Johnson, fought back, sparking the Stonewall Riots and the LGBTQ+ rights movement. Their activism helped form crucial organizations like the Gay Liberation Front, GLAAD, and Human Rights Campaign, and led to the first Gay Pride parade in 1970.

Today, while the movement has had many significant victories like marriage equality, the LGBTQ+ community still faces many unique challenges, and Queer/Trans BIPOC face disproportiante challenges. This past June, Techqueria and Blend partnered for a Pride Month event entitled Pride Month: Intersecting Identities. I was privileged to be part of the volunteer organizing committee, as well as giving a talk during the event. We started off by acknowledging the recent Black Lives Matter movement, then giving a history of Techqueria. We then broke out into the sessions, with six unique speakers with intersecting identities. One of my favorite speakers was Cat Perez, who spoke about her intersectional background of class, race, education, sexuality, and gender identity, and how these things have informed her purpose in life. In the tech industry, we need to educate others about the ways our identities intersect to create unique challenges. With this year’s reinvigoration of the Black Lives Matter movement, more people are acknowledging that Black trans lives are disproportionately affected by oppressive systems, and we’ve seen some of the largest rallies ever centered around the Black Trans community. In fact, a 2015 study from the National Center for Transgender Equality found that 38% of Black trans people surveyed reported living in poverty, compared to just 29% of the overall trans population and 12% of the US population.

Advocacy and organizing for LGBTQ+ community, while generally hitting a high point during Pride Month, does not stop after June. It is crucial to recognize that Pride is year-round and that there is still much progress to be made on local, state, and national levels. Outside of Techqueria, I also have the privilege of volunteering on the leadership team for Out in Tech, a global nonprofit uniting the LGBTQ+ community in tech. We put on frequent events for the community, both in-person (pre-pandemic) and virtually in the era of COVID-19. As underrepresented communities, it is essential that we continue to build each other up, keep spirits high during the current crises we face, and provide space to be who we are – a radical act in itself.

Checkout our recap of the event here!

Founded in 2015, we are the largest community of Latinx professionals in tech in the U.S. with over 11,000 members and 7 active chapters. Our online Slack community has 8,000+ members and 2,000+ weekly active users.

The majority of our members work in PDE (product, design and engineering), have 5 years of experience on average, identify as millennials and join Techqueria through word of mouth.

We work with both tech companies and employee resource groups (ERGs) to build Latinx-centered spaces that revolve around career advice, recruiting, mentorship and networking in order to comprehensively affect change in the tech industry.