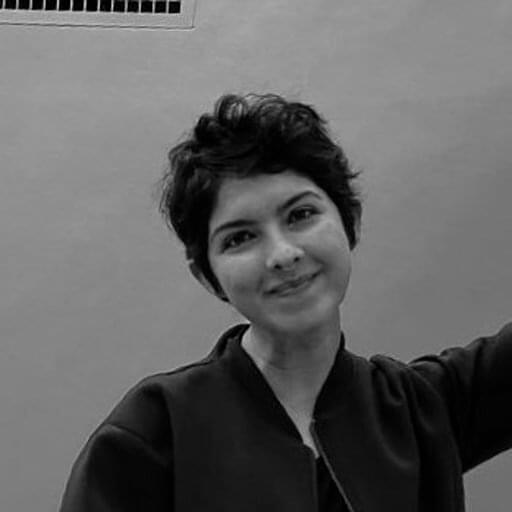 I began attending @Techqueria events ever since I made up my mind on switching careers (from teaching to software engineering) about two years ago. Last October, while I was interviewing for my first software engineering job, I went to an informal lunch in the Mission w/ other Techqueria members (yay for spontaneous meet-ups). After sharing my story, even though we were all essentially strangers, I felt like they believed in me and my ability in getting a job.

A few weeks later, I received an offer from where I wanted to work most (yay), and I can’t help but feel gratitude for the people at that lunch. Something so seemingly inconsequential like someone saying “oh you’ll for sure get it” can truly go far.

So today when I attended the Engineering Dinner hosted by @Techqueria & @crunchbase, I felt in community as a Latina and as an engineer.

(It’s actually the first engineering-specific event that I’ve attended since starting my new career and not once did I doubt my belonging.)

ANYWAY, hype the hell outta people because you don’t know how impactful it may be and find your communities! 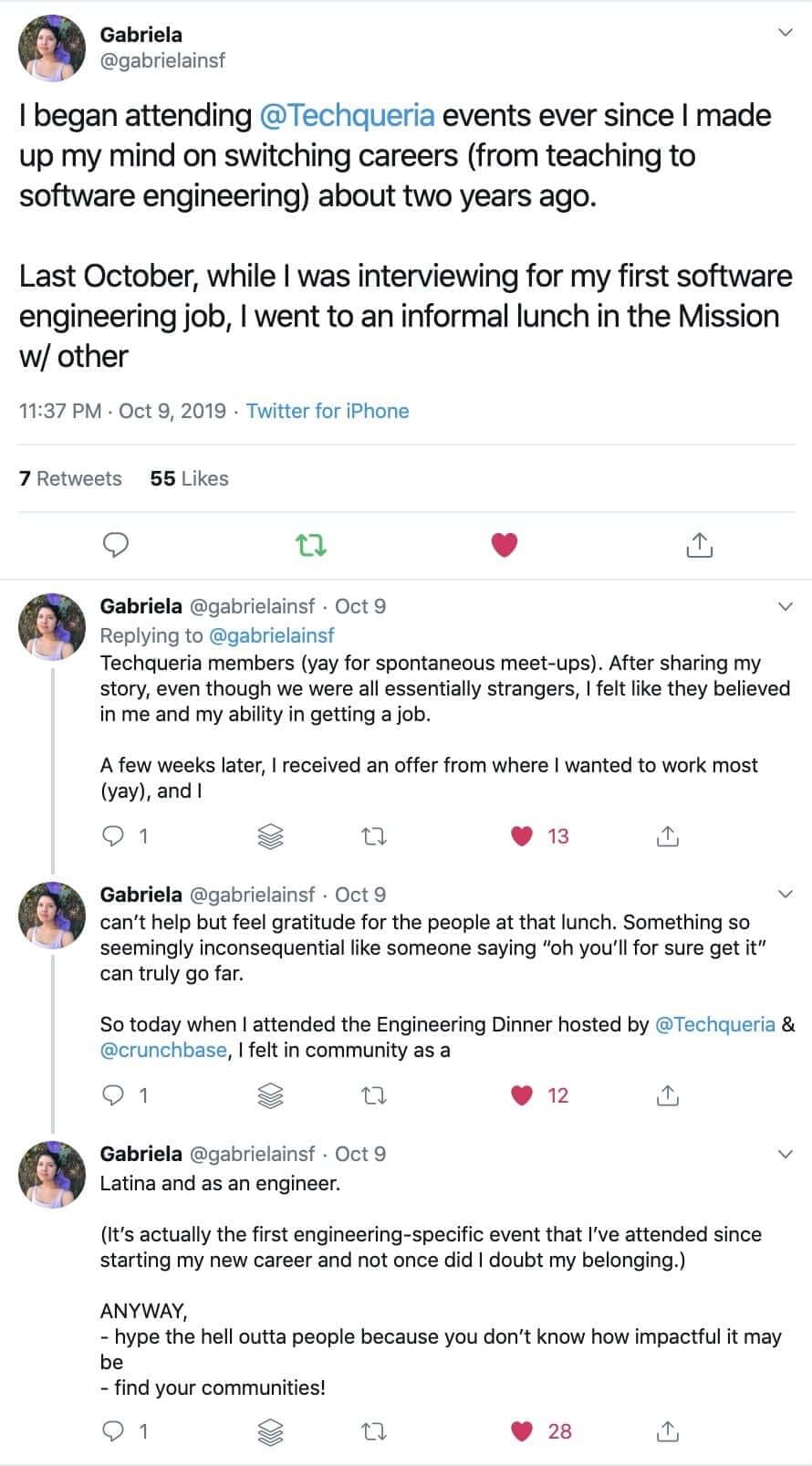